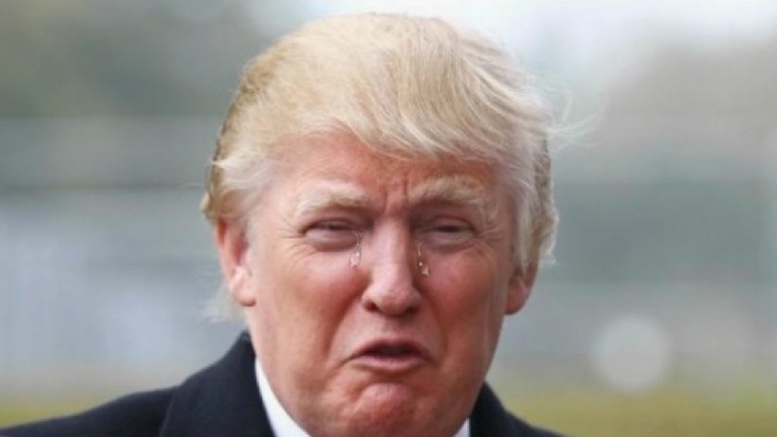 With tears streaming from his eyes, President Trump asked for forgiveness this evening from his base for straying from the path and flirting with moral decency by distancing himself from his supporters’ chants of “Send Her Back” directed at Somali-born U.S. Congresswoman Ilhan Omar.

“It was only the one time and I have since renewed my racist attacks on the Squad. But that’s no excuse – I should never have betrayed your trust in the first place.”

This is not the only time Trump has been found guilty of trying to do the right thing, as he previously sort-of denounced White Nationalists after the death of a young woman at their hand in Charlottesville. Though he resisted doing so for days as events played out, he eventually succumbed to temptation to see what being an upstanding human being was like.

“I didn’t care for it at all. It meant nothing I promise.”

David Duke, speaking on behalf of all American racist Nazi White Supremacists, said he had personally listened to the Commander-in-Chief crying over the phone asking to be taken back.

“Despite his brief transgressions, I can see we clearly mean a lot to him and accept that it will never happen again. All is forgiven.”