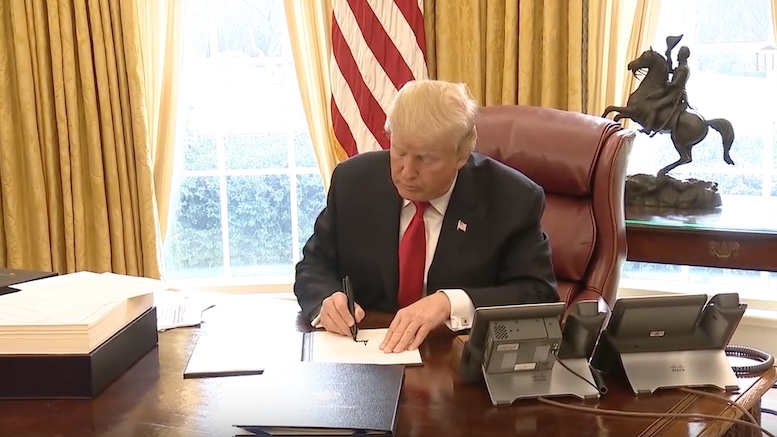 Saying he was far too busy running the country to find time to get to the mall, President Trump told his reflection in the mirror that his Christmas present to himself would have to be cash this year.

“Don’t take it personally as I’m also giving cash to all my friends and family members.”

Trump had hoped to pick out more personal gifts, but in the end it was easier to sign into law a rapacious tax plan that personally benefits him and everyone on his gift list.

“It’s only 15 million dollars, but it’s the thought that counts. And the massive pile of cash.”

Trump also promised himself a nice relaxing break in Florida as a bonus gift.

“I know I give that gift to you almost every weekend, so we’ll make the trip extra long this time. Merry Christmas, Donald!”