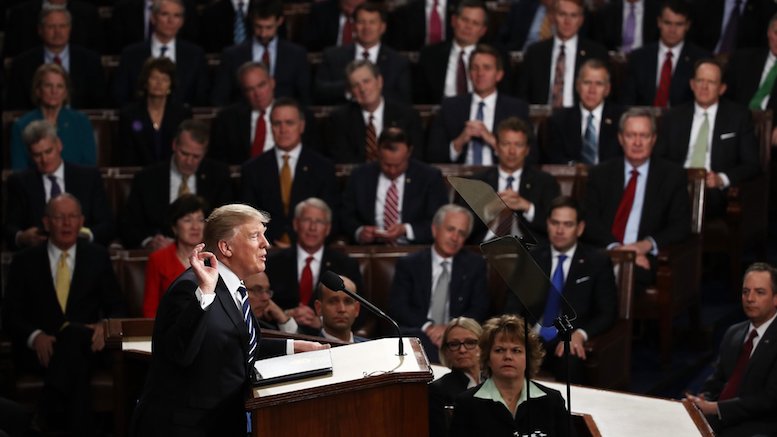 A draft of President Trump’s speech to be delivered to Congress tonight has been leaked, revealing that he plans to announce that the State of the Union is “covfefe”. The unorthodox phrasing was confirmed by a White House aide speaking on condition of anonymity.

“We did some polling and found that inventing the word ‘covfefe’ was seen as the least offensive thing Trump has done since taking office.”

In fact, they say, the covfefe incident went down quite well, especially when the President later teased the public via twitter over what it might mean.

“We found it made some people.. not like him exactly… but… what’s the word?… hate him a little bit less. Yes that’s it.”

For that reason, after he has proclaimed the covfefeness (or covfefity – no-one quite knows) of the Union, the address will end.

“You know what they say – quit while you’re ahead.”

The rest of the time will be allotted to highlighting the accomplishments of a number of great Americans, include school teachers, people who have overcome adversity, an injured marine, and donors to the Trump campaign.

“They’ll all get their time in the spotlight, well, except for the teachers, people who have overcome adversity, and Lance Corporal Hernandez.”