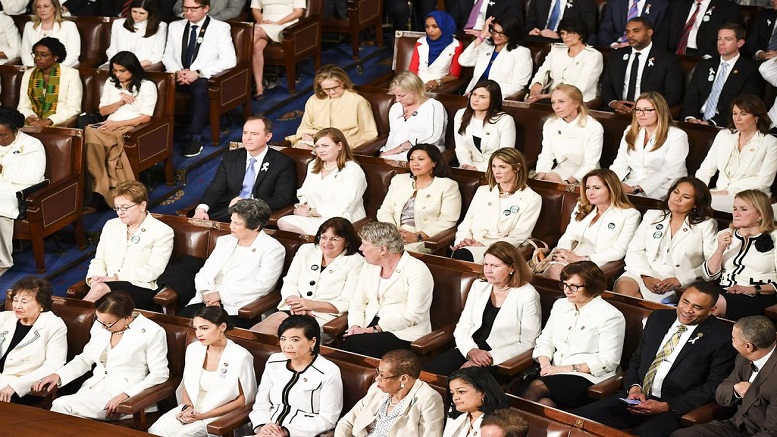 Discussing his State of the Union address today, President Trump said he couldn’t help but notice the striking white attire worn by the Democratic women in the chamber.

“They were so very close to pulling off great outfits. So close!”

Trump said he was truly excited to see them at first, but then realized something was missing.

“The didn’t accessorize, which even I know is important to properly complete a look.”

Asked what he would have suggested, Trump had a ready reply.

“Hats. I thought for a moment they may have just taken them off and put them under the seat, but the particular ones I have in mind would not have fit there.”