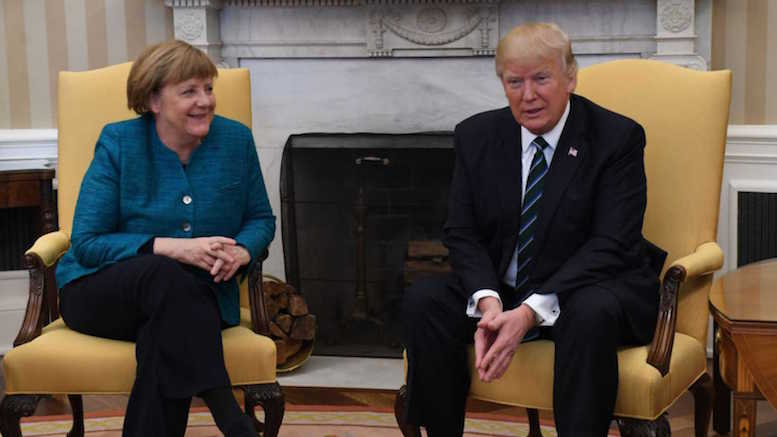 In the latest diplomatic spat coming out of the White House, President Trump very publicly refused the offer of a handshake by visiting German leader Angela Merkel. Those present at the press conference noted that Merkel was more than willing to have her hand grabbed.

“She’s was clearly up for it. In fact she came on to him.”

Germans were angered by the incident, and wanted to know why Trump didn’t shake their Chancellor’s hand. Former TV presenter and close friend Billy Bush suggested the President doesn’t like it when he’s not the one making the first move.

“Most of all he likes to surprise people with a handshake, whether they want one or not.”

Sean Spicer attempted his best to do damage limitation, saying the President would normally have grabbed that hand without hesitation, but was feeling drained.

“The President had already grabbed a number of hands that day and was spent.”