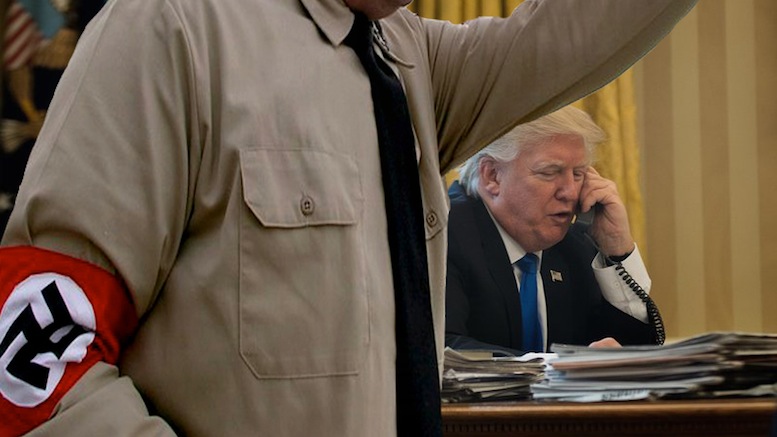 Who's a good fascist?

There’s a new face running through the corridors these days at 1600 Pennsylvania Avenue, as President Trump finally relented and gave in to a longstanding White House tradition of having a Presidential pet.

Experts says it is no surprise that having a pet around the Oval Office has put the President in a better frame of mind.

“Keeping a dumb animal who is totally loyal and instinctively understands you can have a powerful calming effect.”

Being utterly unable to accept the love of a true pet, Trump instead chose one of his most ardent supporters to be his emotional support companion.

“FDR had Fala the Scottish Terrier, Clinton had Socks the Cat, and now Trump has Doug the Neo-Nazi.”