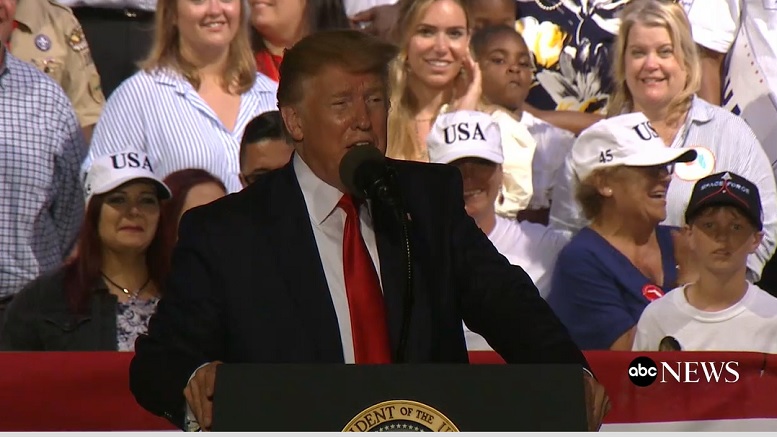 President Trump has responded quickly to criticism of his jocular reaction to a supporter who suggested shooting immigrants at a Florida rally.

“My response was entirely inappropriate given the thought and consideration this wonderful American had put in.”

Trump conceded much more was deserved than laughingly appearing to endorse the idea, and said he is determined to make up for his faux pas.

“It was disrespectful to treat this proposal in such a light-hearted manner, which is why I will be nominating the creator to lead ICE.”

As head of the organization chiefly in charge of dealing with immigration issues, Trump says the idea will be allowed to flourish.