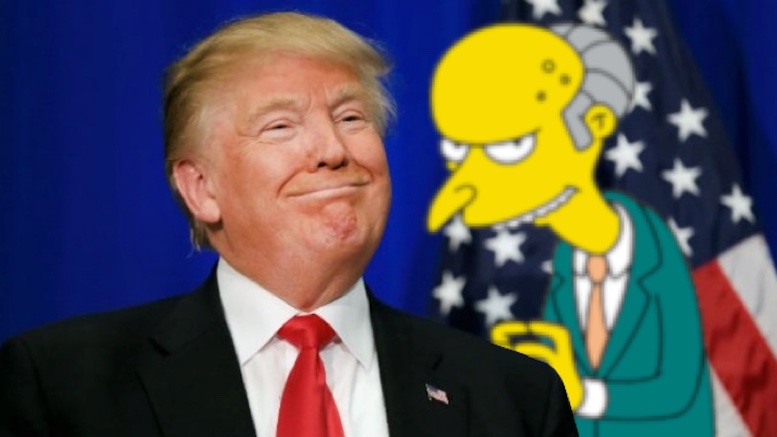 After teasing people over who he would appoint as the next Chair of the Federal Reserve System for days, President Trump has announced that Mr. Burns, who had privately expressed interest in the role, is his pick.

Born Charles Montgomery Burns in Springfield, IL, where he still resides on a lavish estate, Mr. Burns also has a strong background in business, in his case mainly in the energy sector. He is also believed to be of the same mindset as the President on a range of issues, including deregulation, tax reform, and immigration.

Burns likely only accepted the powerful position on condition he gets to pick his own staff, and will almost certainly bring longtime underling Waylon Smithers with him to work at the Central Bank.

One possible source of contention with Trump is the question of who pioneered the phrase “You’re Fired!”. Though strongly associated with the President in the public eye, it is also a favorite utterance of Mr. Burns, who, like Trump, is know for his colorful turns of phrase such as “Release The Hounds”.

On learning his appointment was now official, Mr. Burns reportedly rubbed his hands together and said “Excellent!”.

1 Comment on "President Trump Selects Mr. Burns To Be Next Fed Chair"