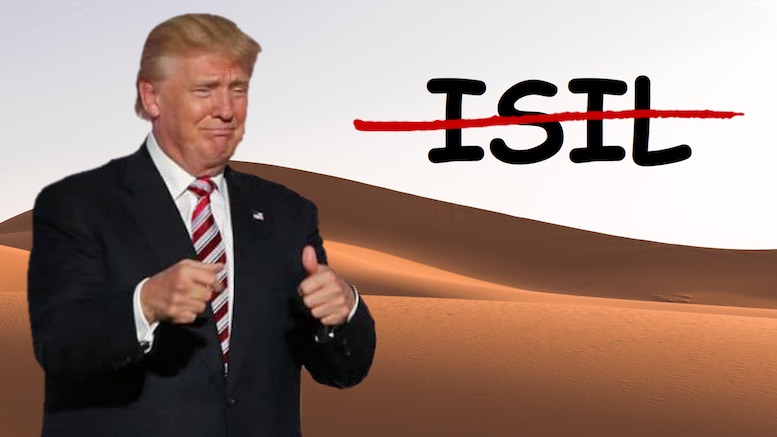 (The White House) President Trump has begun his assault on fundamentalist Islamic terrorism by issuing instructions that ISIS only be referred to by that term alone, which is the one he used during his campaign.

Obama had preferred the term ISIL as he felt it more correctly described the terror group’s wider ambitions, and much of the world opts for the translated acronym Daesh.

Though military brass consider all three equivalent, they confirmed they will now stick to ISIS in accordance with the Commander in Chief’s wishes. Trump congratulated them on handing him his first military victory.

“ISIL and Daesh have been vanquished – we will never hear of them again.”

Skeptics who think this is little more than a stunt to distract from the fact that the Administration has made no concrete gains need only refer to the experience during WW2 when General Eisenhower instructed the Pentagon to only refer to enemy as Nazis and not the Third Reich.

“After that, D-Day and the final push into Germany just fell right into place without any planning or strategy.”