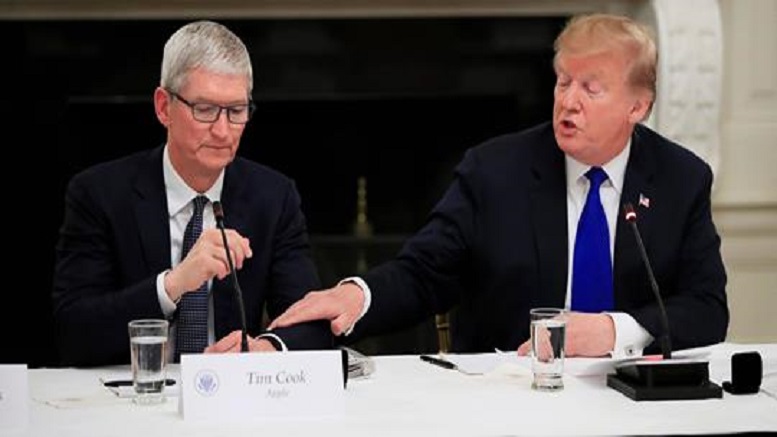 (The White House) President Trump has cleared up any confusion over his referring to Tim Cook as Tim Apple, by revealing that he was actually saying ‘Tim/Apple’ to save the 8 extra milliseconds it would have taken to say ‘Tim and Apple’.

The explanation is being met with relief, as people were concerned that the President might have been working too hard to the point where he was becoming easily confused.

“Thankfully we have a President so dedicated to performing at maximum efficiency that he thinks to delete unnecessary conjunctions whenever possible.”

The 8 milliseconds saved was added to the 5 hours (or 18 million milliseconds) he spends in executive time conducting important business in private for the good of the nation.

Trump said next on his agenda was getting his budget passed by Nancy Congress.