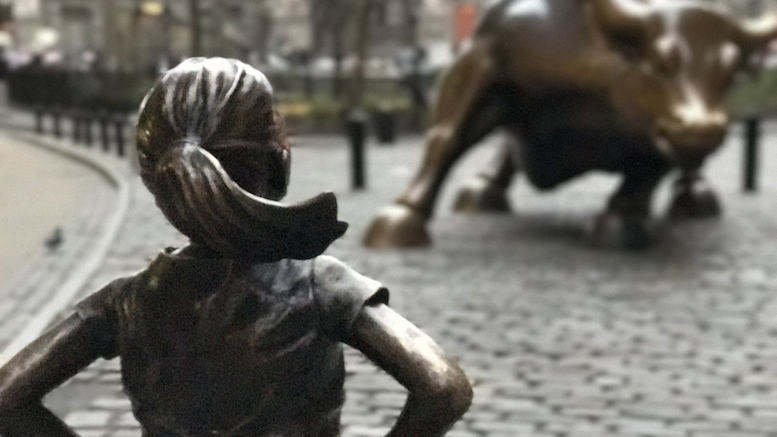 A twelve-year-old farm girl has lamentably succumbed to injuries incurred while trying to prepare for a high-powered career on Wall Street by facing off against a temperamental bull on a neighbor’s property.

“Sadly she took the ‘Fearless Girl’ statue literally, because how else would you take it?”

The girl’s father was philosophical about the loss of his child, saying it was nice of Corporate America to sponsor something that inspired her, though he questioned the approach taken.

“I’m not sure telling 90 pound girls to bait 2000 pound bulls is all that helpful. How about working to reduce the gender wage gap and increase female representation at the CEO level instead?”

His wife took a more cynical view of the artwork that many want to stay in place for a year or even become permanent.

“With women on the rise I can’t help but suspect this is a plot to eliminate future threats to male dominance in the boardroom by encouraging promising young women to become bullfighters instead.”

President Trump paid tribute to the stricken girl, saying she could have risen to become a pollster who helps elect a great President once day if her life hadn’t been cut short by a lame statue that wasn’t even made of gold.