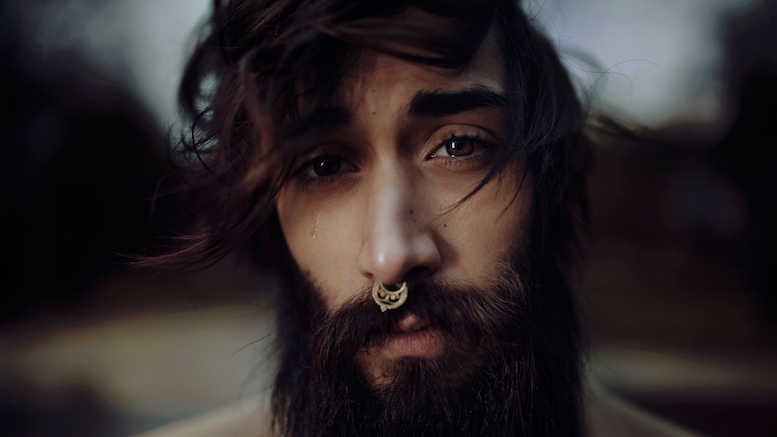 Former Lawrenceville resident Erik Dubois has always considered himself to have a conscientious disposition from the early age. Long a full vegan, he remembers a time when he could still get food from Trader Joes.

“Some of their stuff seemed okay – there were lots of vegan offerings – but then someone pointed out to me that all packaging is evil.”

At that point it became easier to stay in the woods since the wild berries and forest floor fungi he depended on would be close at hand, plus his rent had risen precipitously despite living in an area of the city full of residents known for their vocal rejection of modern corporate consumerism.

“For some reason I expected to find a lot more people out here, but it’s just me.”

He fashioned a covered dwelling in a ravine north of the city and at least he had his iPhone to stay connected to the world – until he received a hateful txt from an ex-girlfriend asking how he could support an industry that depending on Chinese child labor.

“Giving up the iPhone was hard but I figure those poor workers in the hi-tech manufacturing industry have it much worse just like Margo explained. Funny how she was still able to txt me to tell me that though.”

Clothing was out after Erik remembered being lectured on Butler Street by people seeking signatures for a petition denouncing the sweatshops that produced everything we wear.

“They were dressed themselves but presumably in hand-me-downs manufactured before the world became so terrible.”

Last word of Erik is that he was being chastised by some people out mudding for using up woodland resources when wild animals had so little habitat left to call their own.