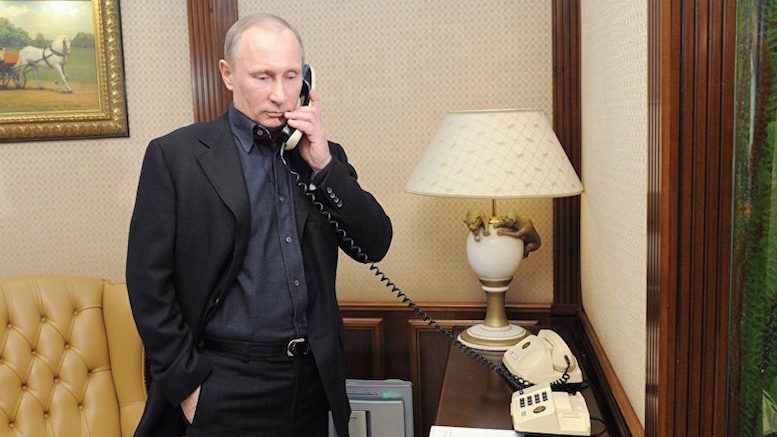 President Trump has spent the day receiving calls congratulating him on being cleared by the Attorney General of charges he colluded with Russia following the submission of the Mueller report to the DOJ.

One of the first callers was Russian Premier Vladimir Putin.

Putin said it was no surprise to him that Trump was exonerated.

“How could they find otherwise when there was no collusion? Unfortunately I am unable to wink down a telephone line. We should use Skype in future.”

Putin ended the call by suggesting that they ‘not collude’ again during the 2020 Presidential election.