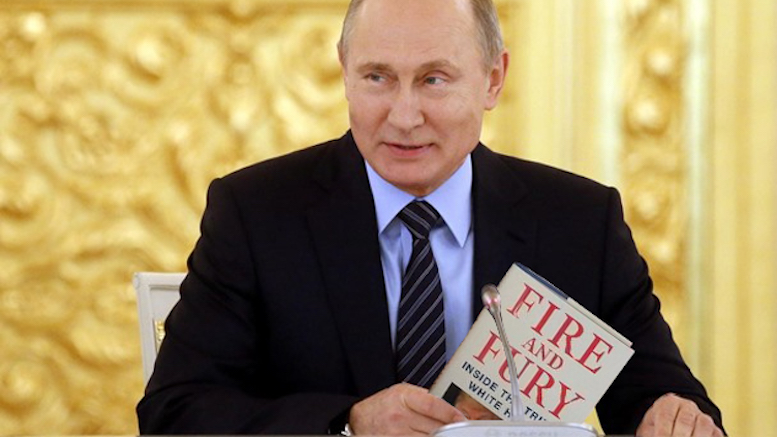 President Trump’s supposedly cordial relationship with Russian leader Vladimir Putin is reportedly under threat after Putin said he no longer has any respect for the United States President.

Putin’s lowering of his opinion of Trump allegedly occurred after he read a copy of Michael Wolff tell-all book about the White House ‘Fire & Fury’, and then learned to his surprise that the author, journalist Michael Wolff, was still alive.

“Why is this Wolff not floating face down in Potomac River? I am so disappointed, Donald.”

Arguments that Trump doesn’t have the same ability to kill his enemies were dismissed by Putin who said if you have difficultly accomplishing something, you reach out.

“First I don’t believe it. But if he really needed help he should have asked me. This is not how you treat a friend who put you in power.”

Wolff appearance on the political talks show circuit led to Putin taking an even dimmer view of his American counterpart.

“Wolff should have tripped and fallen onto a bullet by now. Clearly the United States has some way to go.”

Putin then added that he was perhaps being too harsh as it’s only been a year for Trump to turn everything on its head.

“I guess there’s still some promise there.”