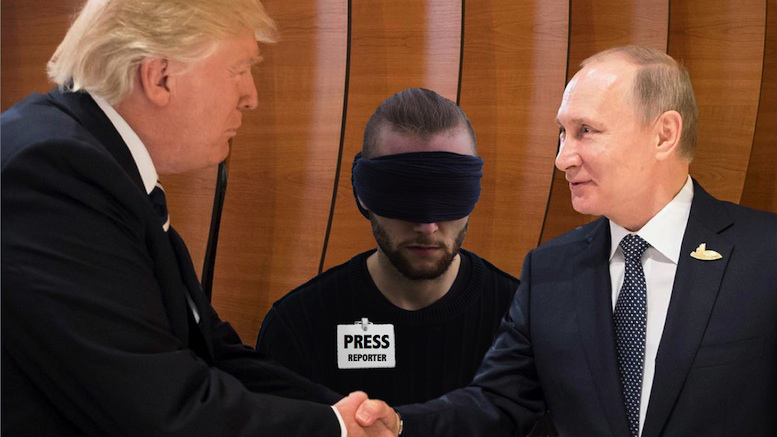 (Japan) U.S. President Donald Trump and Russian Premier Vladimir Putin have met in person again at the G20 meeting, with smiles all around.

Both men appeared to enjoy each others company, and Trump was pleased to receive a thoughtful gift from his Russian counterpart.

Saying he got the idea from a video Trump shared of him body slamming a figure with the CNN logo superimposed, Putin presented Trump with a journalist he was planning to execute.

“I know you don’t get to do this in United States, so it is my pleasure to let you kill one of mine.”

Trump was delighted with the unexpected gift, and promised to return the favor as soon as he got a few constitutional obstacles straightened out.

“Next time we meet there’ll be a New York Times correspondent waiting for you on me!”