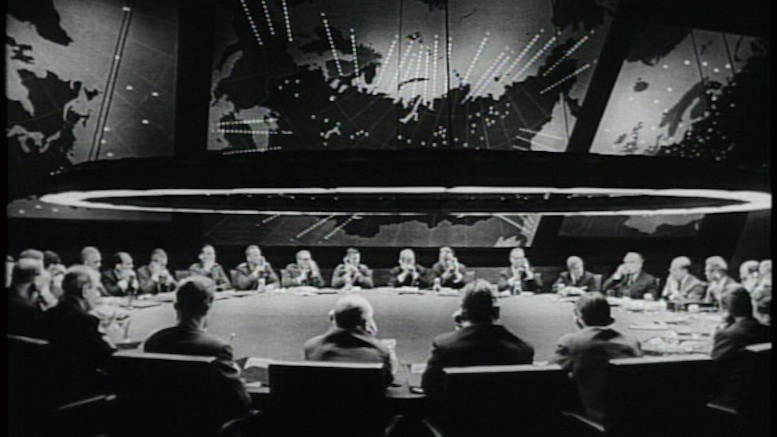 We must not allow a war room gap!

The Western media are agog over Vladimir Putin’s latest muscular assertion of Russian military might, which has not come in the form of an invasion of the Caucasus or airstrikes against ISIS, but a brand new war room that reeks of bare-chested power in Moscow.

“This is huge. All he needs now are the fleets of aircraft carriers and extensive network of overseas bases and depots to go with it and the US hegemony is over!”

The room’s many screens, which could rival a small multiplex cinema, are filled with images of maps and other military-looking stuff, though one is dedicated to reruns of Kitchen, a popular Russian sitcom said to be similar in tone to Scrubs.

“That’s because it’s important to have an outlet for nervous energy when waging war. They have literally thought of everything you could possibly want in a war room.”

In addition to its three level design, it has a helicopter pad, which has consequences that will send a shiver through the Pentagon.

“That means you can get there quickly if there’s heavy rush-hour traffic. That’s an important consideration if you’re going to war. There are also lots and lots of desks.”

The significance of the desks is that people can sit at them and look at the maps and feed instructions to deployed troops much more efficiently that if they had to stay standing.

It stands in stark contrast to the cramped situation room President Obama and then Secretary of State Hillary Clinton used to follow the mission to take out Osama Bin Laden according to defense industry contractors who build things like war rooms.

“Did you see the picture of that situation room? Half the people are standing and there’s barely enough room for the laptops on the table. It’s pathetic!”

President Obama has responded with an executive order directing the HGTV network to come up with a reality show where the public can pitch their designs aimed to outdo the Russians.