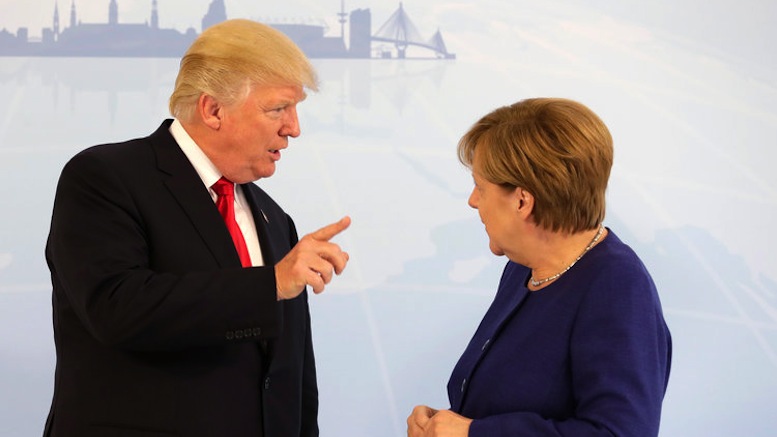 A NATO meeting started off well enough this week in Brussels, but quickly became derailed when the subject of Russia came up.

Russian Premier Vladimir Putin, who was not there as Russia is not a NATO member, nevertheless dominated events when he used a minor underling present at the meeting to communicate to the German leader Angela Merkel that she was at Russia’s mercy.

“I did not want to embarrass Chancellor Merkel by reminding her directly, so I used one of my employees instead.”

When asked for details on the man he used to convey his message, Putin indicated he was hardly worth mentioning.

“He’s just one of many people who are utterly beholden to me and are rather stupid but who is still quite capable of delivering simple direct threats.”