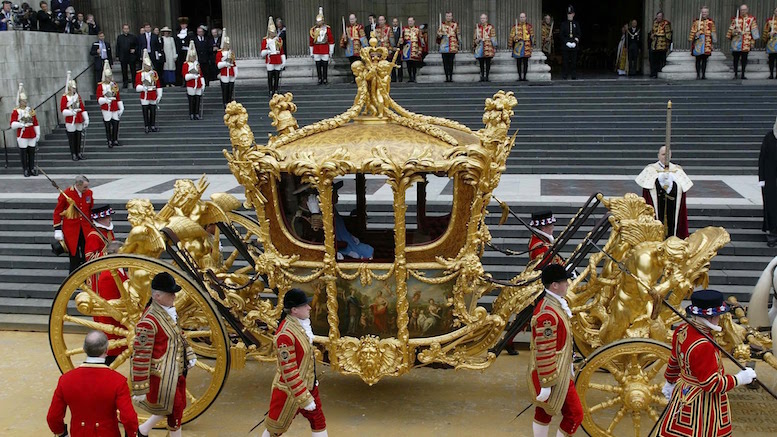 (London, UK) The White House has let the British Royal Family know that President Trump expects to have a ride in the Queen’s gold carriage when he visits the UK later this year.

Protecting the President in the gilded carriage would present a nightmare for security services and it is not an idea the Queen is warming to in any case.

In a private moment of levity, the long-serving monarch who has seen thirteen US President come and go quipped that she had a different carriage that would better suit Donald Trump.

“A ride in my gold carriage is out of the question but one could arrange for President Trump to ride on a gun carriage.”

Though technically the comment could be viewed as a threat on the President’s life which is a class E felony under United States Code, US officials say they will not be attempting an arrest.