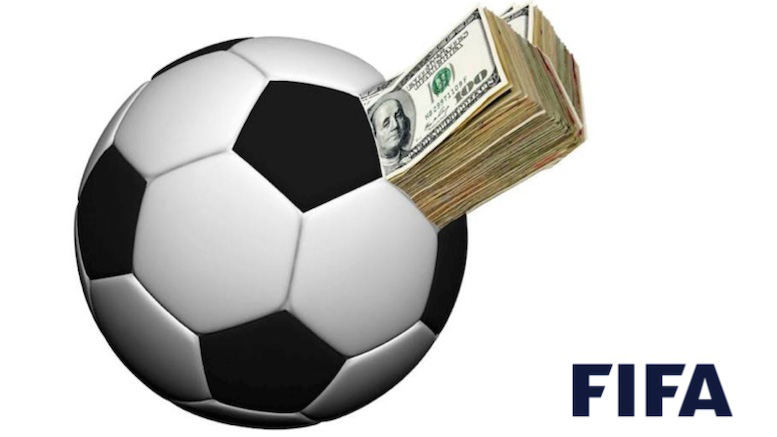 The United States is finally dominating the world soccer stage, except it’s doing it with lawyers, not athletes. Talk about playing to your strengths!  Think you know everything about the FIFA corruption scandal? Take our fun quiz to find out.

What is FIFA the world authority on?

FIFA stands for Fédération Internationale de Football Association. If you knew that and still picked B, that’s probably because you assumed football meant American football instead of soccer. This means you are woefully ignorant of the wider world outside of the United States, which only accounts for a meagre 5% of the planet’s population. Don’t let that single digit number get you down though, because we account for over 20% of the world’s energy consumption, and house 25% of the world’s prison population, making us the world’s largest jailer. Go USA!

Who is Sepp Blatter?

A    Recently re-elected President of FIFA.

C    What the dictionary lists under ‘chutzpah’.

D    The victim of a worldwide conspiracy.

Correct answer: All of the above except D

He also has a name that sounds like a high-end kitchen implement!

Why won’t Sepp Blatter step down?

A    Putin would have him killed.

B    He sincerely wants to reform FIFA.

C    Because he has enormous existential death anxiety.

Nobody who cares about football, or basic decency for that matter, would try to stay in power under the circumstances, so it must be that the 79 year old Blatter sees stepping down as akin to death, making C the correct answer. But you can never rule out Putin having someone killed, so if you picked B give yourself half a point.

Who will suffer the most from the 2022 World Cup taking place in Qatar?

This is a tricky one. The players may suffer heatstroke while doing the thing they love most in return for being paid millions of dollars, so you have to feel for them. Homosexuality is illegal in Qatar, though good old Sepp has suggested that gay people simply refrain from sexual activity while they are there. But the correct answer has to be D because quite a number of the migrant workers will surely die. Sepp’s manifest fear of death apparently does not extend to these people!

What’s the funniest thing to come out of this?

B     Jack Warner citing an article from The Onion as evidence of U.S. bias.

Correct answer: If you didn’t pick D you can go fuck yourself B

Be the first to comment on "Quiz Feature: How Much Do You Know About The FIFA Corruption Scandal?"