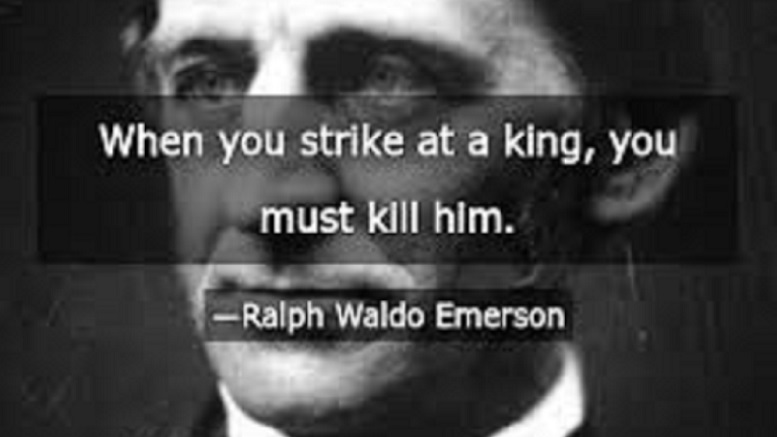 The quoting of Ralph Waldo Emerson by President Trump has raised fears that he might be even more dangerous than previously thought, after linguistic experts pointed out this required him to transcribe a fully formed sentence.

While spouting off invective and insults only requires the use of the reptilian brain, the ability to reproduce the meaningful sentences of other people who know how to ready and write is a cognitively more demanding task. The fact that he executed it is said to be cause for serious alarm.

“The only thing more dangerous than an idiot like Trump is a Trump who is slightly less idiotic.”

Then is there is the matter of the substance of the quote, which refers to the need to kill a King should you dare to attack one.

“If he actually understands what the quote means – which is doubtful – then that’s even worse.”