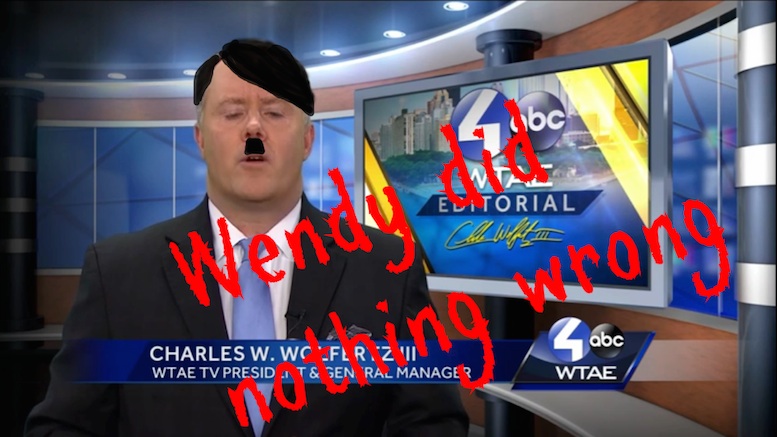 So hopefully you’ve had a change to calm down after losing it when WTAE fired Wendy Bell, sending Pittsburgh into meltdown. And maybe you’re wondering whether that thing you said or posted in the heat of the moment was a little bit racist. To help you out we’ve compiled a representative list of comments like those found all over social media, and indicated if they suggest a belief, however hidden, that race is the primary determinant of human traits and capacities or that it’s appropriate to group people together in a negative light based only on common superficial characteristics.

“I don’t see what was wrong with her post and, yes, I have read the original unaltered one.”

“All black people ever do is complain.”

“I’m fed up with these people playing the racecard.”

There aren’t really things called racecards. But there are racists – you, for example.

Why isn’t Mayor Peduto getting Wendy her job back? Oh yeah – he’s too busy inviting Syrian refugees to come live here where they will form terror cells.

You are all kinds of racist. Also, City Government cannot tell private corporations whom they should or should not employ.

The dictionary definition of racist should point to you.

If you finish that sentence you are.

“Just wait until they find the killers and they’re just like Wendy predicted.”

Not really the point at all. But as to whether you’re a racist? Probably. No, definitely.

“What about her First Amendment right to speak the truth?”

You’re a racist who doesn’t understand the First Amendment.

“They’ve got a good price on ham at Giant Eagle this week.”

2 Comments on "Does My Reaction To WTAE Firing Wendy Bell Make Me A Racist?"