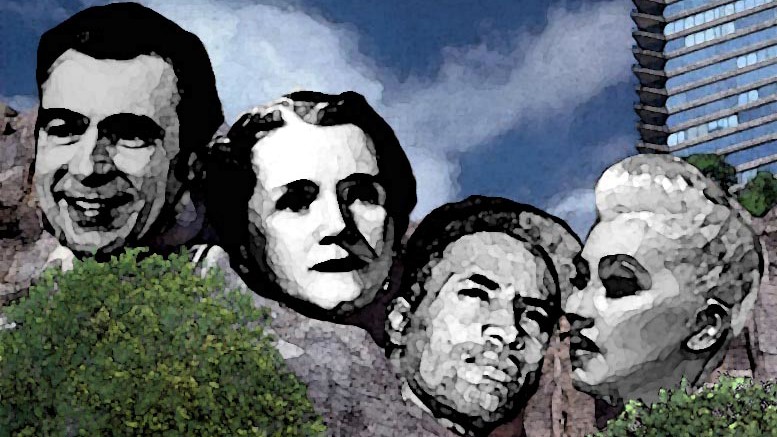 (Pittsburgh, PA)  Word has leaked early of a major public works project to begin later this year with a projected end date sometime in the late 2020s.

The mammoth undertaking will carve the likenesses of the region’s greatest personalities from all walks of life into the side of Mount Washington, where they will watch over the city forever. This is possible due to the granite substructure, which will be sculpted by hundred of workers over many years to bring the huge structure to life.

The project had its origins in a stalemate over whether to allocate funds to road and bridge repair or to revitalizing dilapidated housing and communities. With agreement seemingly impossible, the tired council members decided to settle on a massive project to boost Pittsburgh’s self esteem instead, which was directly inspired by Mount Rushmore in South Dakota.

Even still there was plenty of in-fighting ahead when it came to deciding whose visage should be immortalized for all time. Fred Rodgers was easily accepted, and so was Rachel Carson. The inclusion of sporting personalities was contentious, with some wanting Roberto Clemente to serve as a symbol for Pittsburgh sports in general, while others wanted a slightly longer list including but not limited too Myron Cope, Franco Harris, Hines Ward, Andy Van Slyke, Jack Lambert, Mario Lemieux, Troy Polamalu, Kurt Angle, Joe Greene, and Jerome Bettis. They indicated they were prepared to drop Rachel Carson if necessary.

In the end the faction wanting the symbolism of Clemente won out, though there is a provision to include Sydney Crosby once he retires on condition he does not do anything that might make a future rock-face memorial to him a permanent embarrassment. A motion to include the current Steelers quarterback and his backup did not get seconded. Finally, Christina Aguilera was selected to represent pop culture, as The Voice is very popular in the halls of the City County building.

Though the multimillion dollar cost was originally intended to be borne by local companies like UPMC and a group of banking firms, it became clear they were only offering to cover 5% of the cost in exchange for all their CEOs being carved into Mount Washington as well, with only non-union labor being used. Therefore the entire cost will fall upon the city, to be paid for by another sales tax hike or something like that.