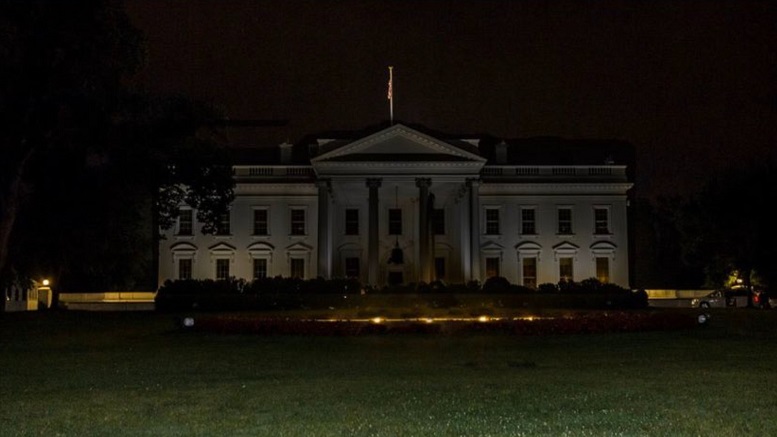 (The White House) There was near chaos in Washington DC today following reports that the President was down. However the Secret Service quickly got the situation under control and announced that, despite being found motionless on his back with his tongue hanging out, President Trump was fine.

Fears that the President was gravely ill or worse grew after he was discovered in that position shortly after relocating to an underground secure bunker during protests in Lafayette Square. But when Vice President Mike Pence knelt over the seemingly lifeless body of the President to pray, he heard a very quiet whisper.

“Have the scary people gone away yet?”

The President has since been convinced to get back up on his feet and is now in the Oval Office.

“He seems quite comfortable hiding behind the thick curtains there.”