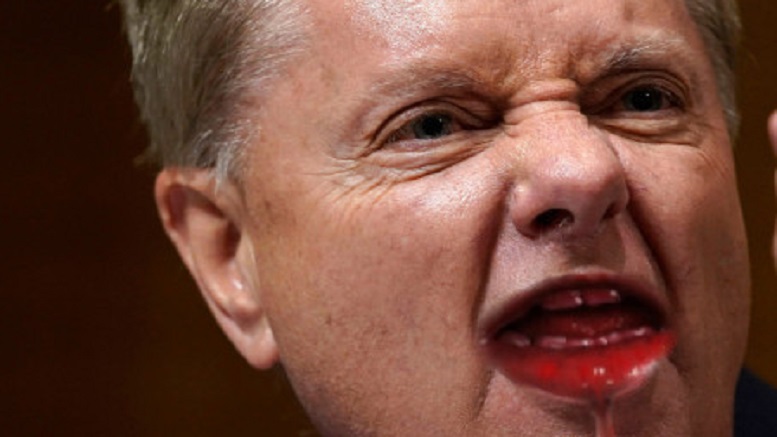 Despite fears he would face a contest in the Republican primaries, President Trump can rest easy today after a would-be challenger was eaten alive by Senator Lindsey Graham. Shortly after the House member announed his intentions, Graham entered the room where the press confernece was being held.

Though others in attendance expected Graham to give the upstart a good telling off for breaking ranks with Trump, the Senator sprang across the room and began feasting off the man’s flesh instead.

“It was horrific. The poor guy didn’t get to see his name on a single ballot.”

With the man’s still-warm blood dripping from his mouth, Graham warned anyone else thinking about launching a challenge in the Republican Primaries that he wouldn’t treat them so kindly next time.

“I’ve got my eye on you Mitt Romney.”

After the incident Mitch McConnell arrived with a garrote in his hands but was told everything was already taken care of.