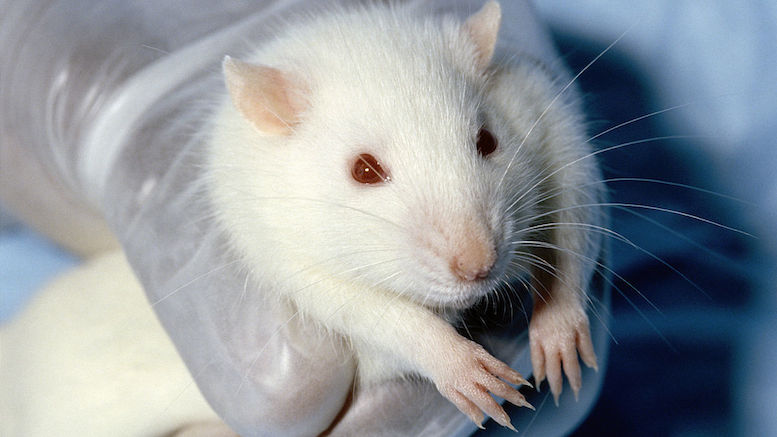 Laboratory researchers at Pfizer biopharmaceuticals took a moment today to remember their friend and outbred albino rat who selflessly gave his life as part of the evaluation of a new drug in preclinical testing.

“It came time for one of us to volunteer to test the drug and determine its effect on normal tissue. He didn’t hesitate to step forward once some chow was put down.”

When asked to describe their late furry colleague in one word, the scientists fall into silent reflection for a moment.

“I know this word is terribly overused these days, but ‘hero’ comes to mind.”

Such was the character of the noble rat, that, when it came time to knock him down and execute a fatal cervical dislocation so that organ samples could be plated, the normally dispassionate scientists found themselves wholly unable to do so.

“But he looked up at us with his beady eyes that had an expression that said ‘do it – for the sake of the science’. How could we refuse?”

He now joins the thousands of other galant Wistar rats who have made the ultimate sacrifice so that others may live on to patent drugs and publish manuscripts in scientific journals.

“He will never be forgotten.”