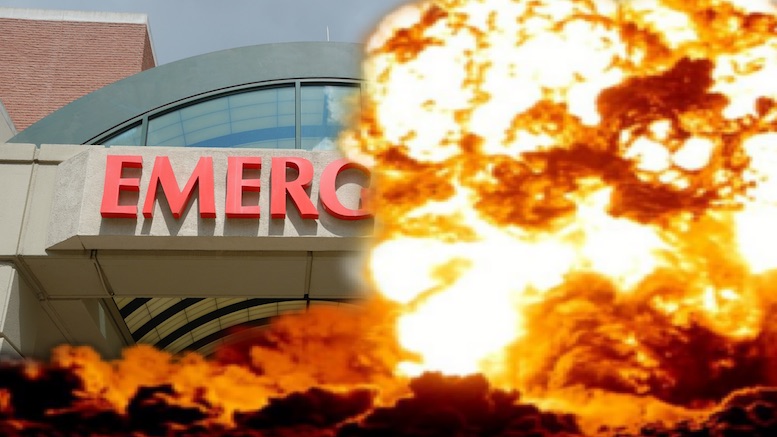 With the America Health Care Act a failure, President Trump took to twitter to directly alert the public to the explosive danger Obamacare now posed. Asked if he was speaking metaphorically, Trump confirmed the worst.

“No – people are literally going to explode thanks to the Democrats failure repeal this terrible law. It’s going to be so tragic. So very tragic.”

The warning is being taken seriously as Trump, together with the rest of his administration. has proven unusually adept at detecting danger both at home and, according to Swedish Ambassador Björn Lyrvall, abroad as well.

“I can assure you the thought of your President brings a big smile to every Swede’s face.”

However this latest threat is far worse than anything seen so far, according to a paramedic who was at the scene of one of the first Obamacare explosions late Friday afternoon.

“I’ve never seen blast injuries this bad – and I was at Bowling Green.”