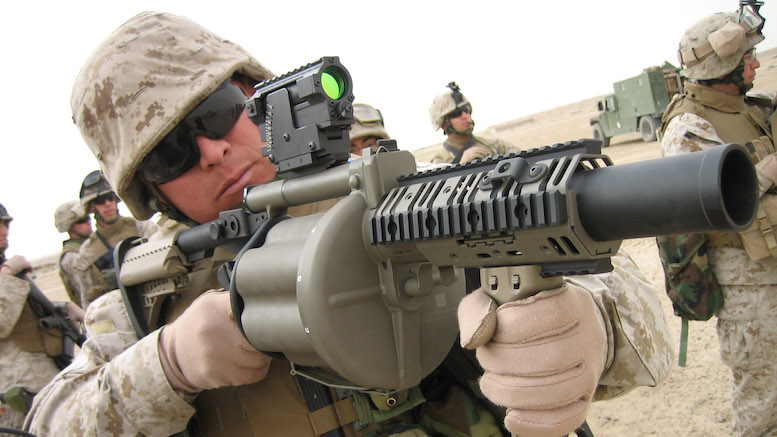 In experienced hands the M-32 Multiple shot Grenade Launcher is a proven method of execution.

Failures to execute death row prisoners in a straightforward manner have been causing controversy recently. But former Marine Gunnery Sergeant Sam Walchowski says States still employing the death penalty needn’t worry, as he knows of not just one but many solutions to the problem of killing people in a timely fashion.

“Give them my number because there are lots of ways to kill people that don’t suffer from the difficulties I’ve read about.”

He was surprised to learn some States were taking over half an hour to kill prisoners during botched executions.

“That’s WAAAAAY longer than it should take.”

Many of the techniques he is willing to share are extremely fast, with the death row inmate being vaporized ‘before they even know what hit them’. The equipment required is also readily available.

“The States probably already own it if they maintain a National Guard.”

Walchowski had some concerns about scaling up his methods, but those vanished when he learned of the relative small numbers of executions taking place, which average about three a month nationwide.

“You’re shitting me right? I was thinking it was thousands a day given the trouble you’re describing. This is going to be sooooo easy.”