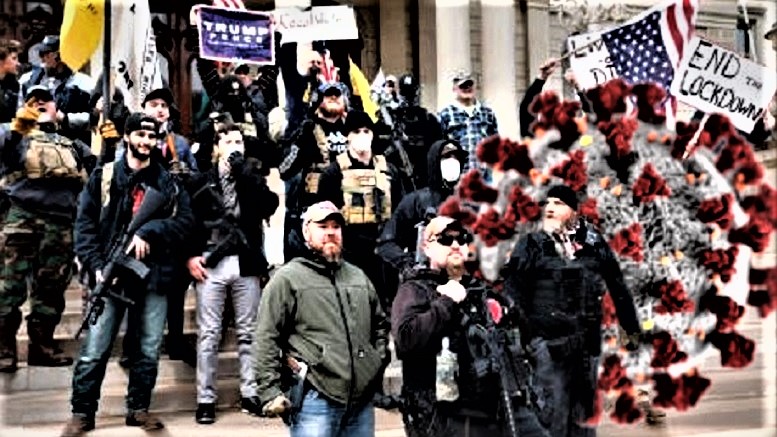 Demonstrators calling for an end to stay-at-home orders received a boost today when their protests outside were joined by a surpise guest – the novel coronavirus. Attendees were overjoyed at the unexpected celebrity appearance.

“First the President encourages us to revolt and now this!”

With signs saying ‘End The Shutdown’ attached to their spike proteins, the viral particles echoed the protestors message that the government was trying to erode their God-given rights under the guise of saving millions of lives by stopping the spread of a lethal new infection the population had no immunity against. The coronavirus said it was great to be around people it felt comfortable with for a change.

“They are really supportive of me realizing my dream of making it big in the Land of the Free and fortunately a lot of them don’t use soap which I’m highly allergic too.”

The virus hopes its high-profile appearance, and message that it’s nowhere near as bad as the flu, will attract even more right-wing supporters to join in future protests.

“You’re really needed as I have other plans for a lot of the guys here with me today along with their parents and grandparents.”