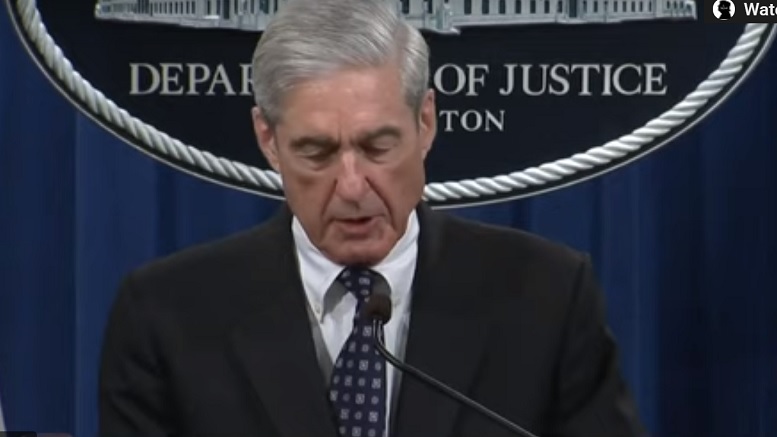 Declaring his report was his ‘final testimony’ Special Prosecutor Robert Mueller stepped down today after delivering a final statement at the Department of Justice. Mueller appeared to have a problem with his eye during the press conference, until an ex-naval officer in the Press Corps noticed something.

“That blinking is code. Morse code.”

While Mueller notably verbally stated that if he had found President conclusively innocent he would have said so, the series of fast and slow blinks told a more detailed story.

Asked about it afterwards, Mueller, a former Marine, said he merely had something in his eye and that he didn’t even know Morse code.

“He then stood there blinking furiously for ten minutes in what appeared to be a foul-mouthed tirade against Trump.”