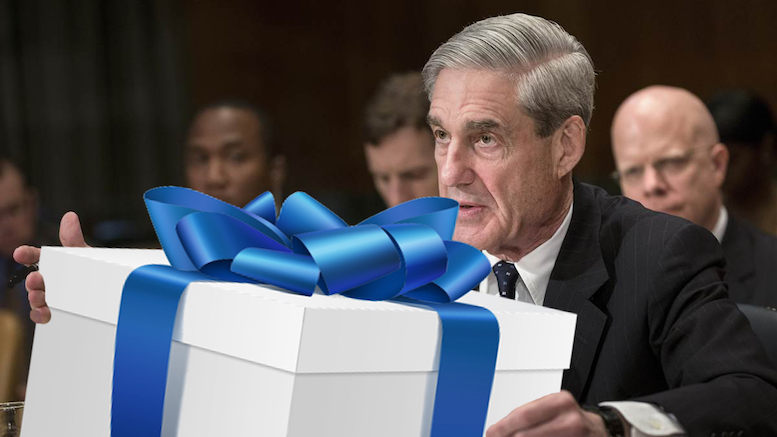 Robert Mueller surprised President Trump today on the occasion of his 71st birthday with a present he put a lot of thought into.

Though it would have been easier to get something on the President’s wishlist, that seemed too impersonal for the former FBI Director.

“He’s been dropping hints he wanted a big military parade or giant bronze stature bigger than the Lincoln Memorial, but this just felt right.”

Mueller wanted everyone to know that, despite appearances, the gift was not just from him.

“James Comey chipped in too.”