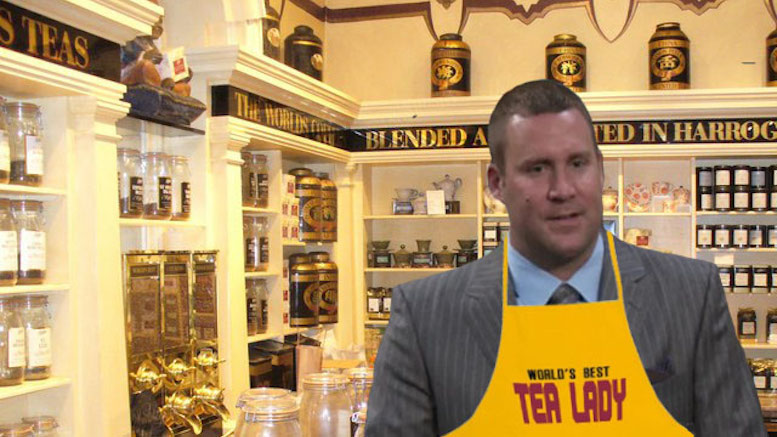 Ben Roethlisberger has announced he is considering retirement from the NFL. Though he initially cited age and his elbow injury as factors, the two-time Super Bowl champion later admitted the real reason was his impatience to realize his true goal – opening and running a traditional Tea Shop.

“The only reason I got into football in the first place was to earn enough capital to pursue my dream, which I’ve now done about 10,000 times over.”

Roethlisberger cites peer pressure and not wanting to let the fans down as the reason he continued in football for so long, as well as the fact that no-one appeared to take him seriously when he opened up about his true passion in life.

“Football’s okay but nothing makes me happier than steeping the perfect cup of tea and serving it in fine china together with a selection of petit fours.”

He already has a property in mind for Ben’s Tea Shoppe in the city’s East End, and will use his free time this season to source high quality loose leaf teas in preparation for his new venture.

“Maybe I have one or two more healthy seasons with the Steelers in me, but mentally I’m already laying out doilies on tables.”