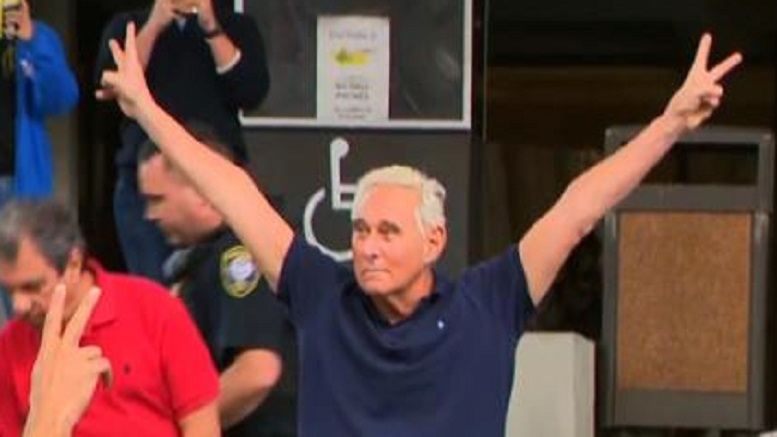 No sooner than he was released from custody on bail, Trump associate Roger Stone was criticized for performing a ‘Nixon’ salute on his release.

“Richard Nixon deserves better than this.”

Stone was roundly criticized for endangering the reputation of the Nixon administration by suggesting any connection to the current occupation of the White House.

“All he did was burglarize an office, and he even used Americans to do it.”

Representatives of the Nixon estate indicated they might sue.

“You can’t expect to defile someone so terribly by association and get away with it.”