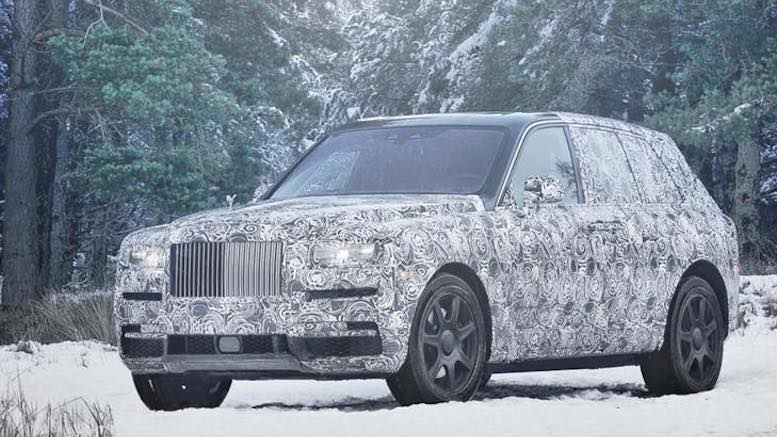 Carmaker Rolls Royce has announced its first ever SUV, the Cannulin, which is creating a buzz among auto journalists and drawing a huge sigh of relief from owners of their minivan offering.

“When we had the kids we had to be pragmatic and give up the Phantom for a RR Minivan. I knew it had the same engine and chassis but it didn’t help.”

Despite making them feel terminally unhip, opting for the minivan was a choice many struggling parents had to make.

“I swore I’d never be that mom who gets the Rolls Royce minivan instead of the Ghost but the extra space was so much more convenient.”

Thankfully, with the release of the Cannulin, Rolls Royce is finally listening to working moms and dads who want a vehicle that works as a people mover, but also allows them to retain some sense of cool.

“There’s nothing that screams you’ve given up like having sliding doors on your Rolls. Finally the nightmare is over!”

It also comes with all-wheel drive for those who want to take it mudding.