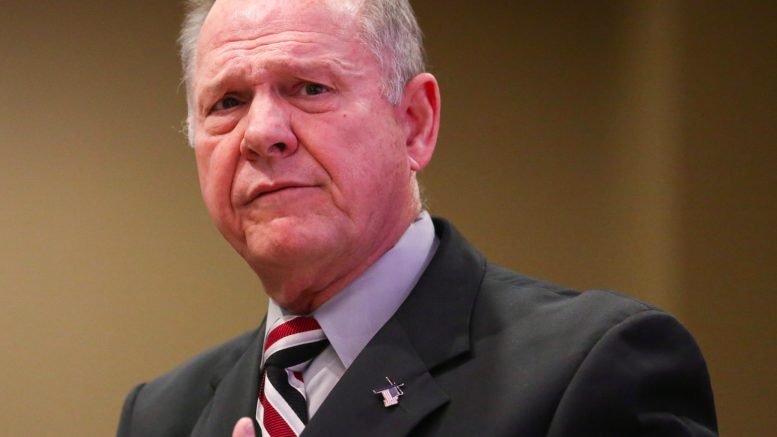 Alabama Senate candidate Roy Moore took time today to explain his opposition to abortion, which he says is very personal to him.

“I’m in my early seventies so the fetus you want to abort could be my future girlfriend when I hit my mid-eighties.”

Moore wants pregnant women considering termination to think of the joys of living they are denying their potential future offspring.

“That clump of cells could one day become a 14 year old girl waiting for a old man to sweep her off her feet and fuck her.”

Despite how he’s been characterized, Moore insists he not the extreme anti-choice idealogue he’s painted as.

“My opposition is not absolute – if you’re sure it’s a boy then abort away. That goes double if he’s going to be gay!”