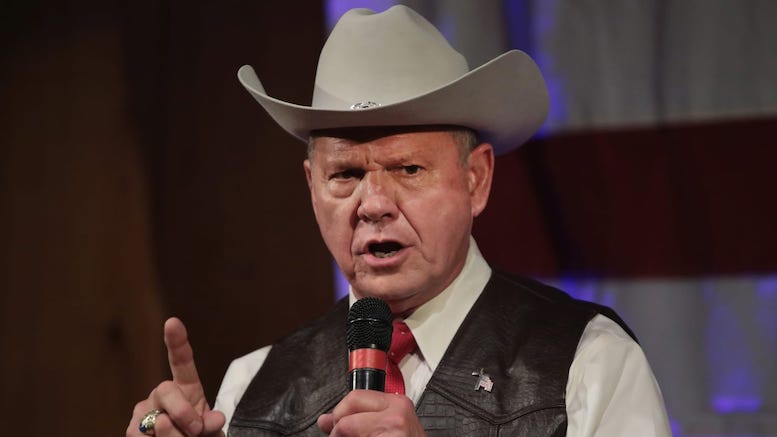 Defeated Republican Senate candidate Roy Moore has indicated he will contest the election that rejected him in favor of Democratic candidate Doug Jones.

Moore made the decision after realizing the best way to deal with Alabama’s rejection of him is the same way his thirty-something self dealt with being rejected by 14-year-old girls at the mall.

“I just need to ignore y’alls voting and force myself upon you.”

Though he is starting with the courts, Moore is not concerned whether that succeeds or not as he plans to insert himself into Congress either way.

“There is but one authority and that’s the Bible which says I can do this.”