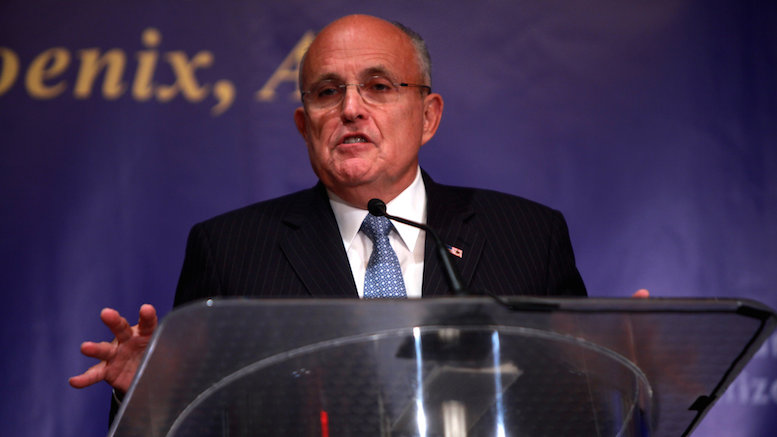 Showing no signs that he is about to let up on Barrack Obama, Rudy Giuliani today blamed the incumbent President for bringing the scourge of racism to American shores.

“How dare this loathsome man disturb the perfect racial harmony that has existed in this great nation of ours since its founding in 1776.”

Giuliani then assailed Obama for miring the country in war as soon as he got into the White House.

“Before 2008 everything was so peaceful there wasn’t even an American military because we never needed one. That’s over 200 hundred of peaceful co-existence with the rest of the world just thrown away.”

“And let’s not forget crime. Did you know there wasn’t a law against homicide before Barack Obama became president? There didn’t have to be since no-one killed anyone. Ever.”

Giuliani concluded by placing the blame for the watery stuff that comes out of the mustard bottle and soaks your hot dog bun firmly at Obama’s feet.

“Never used to happen until you-know-who came along.”