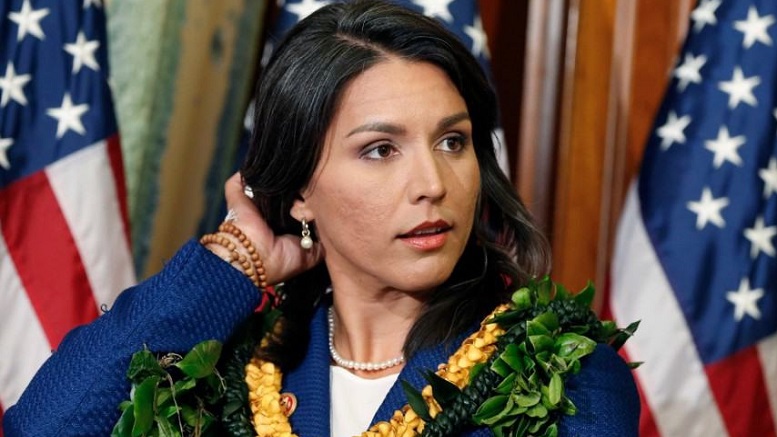 (The Kremlin) Responding to accusations that they are assisting Tulsi Gabbard’s candidacy in the 2020 Presidential race, Russian authorities today denied providing any aid.

They insisted they were sticking by him despite the fact he has been reaching out to their adversary, Ukraine, for assistance with his re-election.

“He has been a naughty boy trying to get extra help from such a terrible government – but hey, whatever works!”

Russian leader Vladimir Putin said that compared to Trump, any of the Democratic candidates would be useless to him, so he will not be backing any of them. But he did admit that if forced to pick one, he might well go for Gabbard.

“She’s hot, so there’s that compared to, say, Bernie.”

HEY READER! If you can spare the cost of a cup of coffee (or even a bit more!) please help keep the lights on by donating at www.paypal.me/breakingburgh
OR you can become our patron by joining us at www.patreon.com/breakingburgh