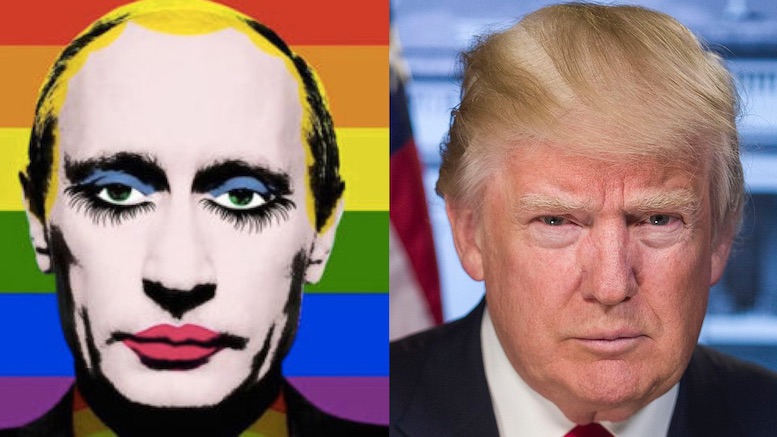 A politician looking like a clown and Vladimir Putin.

The Russian government has banned images of President Vladimir Putin depicted as a gay clown that are intended as a criticism of his homophobic policies.

This is lead to widespread concern within the Russian population over which particular images are banned, with the added problem that no-one can publish an informative guide on the subject since that too would presumably be illegal.

Some say the ban is specific to images depicting Putin as a gay clown, but others suggest the ban is broader and prohibits owning or circulating any image depicting a politician looking like a clown.

“In which case all pictures of Donald Trump are illegal, no?”

Russian citizens keen not to run afoul of the ban for fear of reprisals are taking no chances when it comes to visual representations of the American President.

“I have often heard Trump described as a clown and he certainly looks to me like one. I’d better burn this copy of Time Magazine and not visit www.WhiteHouse.gov anymore.”