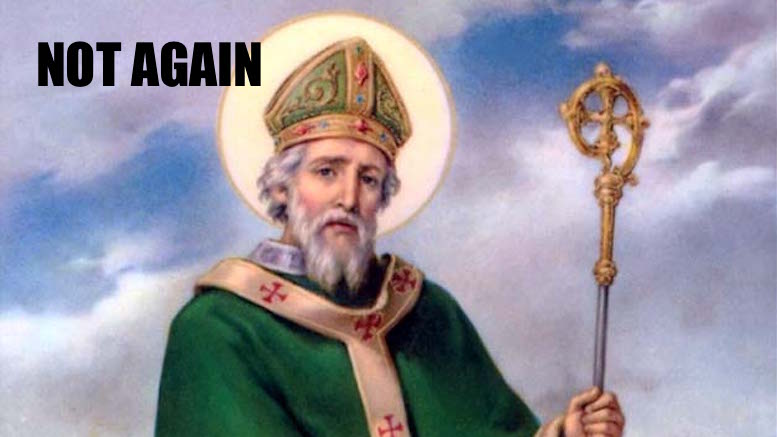 While silently hoping that this year might be different, Saint Patrick is mentally steeling himself to witness the multifarious acts of drunkenness and debauchery that will soon be done in his name.

Saint Christopher learned his lesson one year when he made the mistake of reminding Patrick that he is also known for driving the snakes out of Ireland in an effort to cheer him up.

“Great. Because of course I want to be known for that instead of guaranteeing travelers safe passage. Jackass.”

Since then the other saints have studiously avoided Patrick on his eponymous day. The Irish saint is said to be especially jealous of Saint Raphael, who gets to be the patron saint of bodily ills.

“He gets all the ailments – except the Irish flu, which is all mine. I hate my life.”