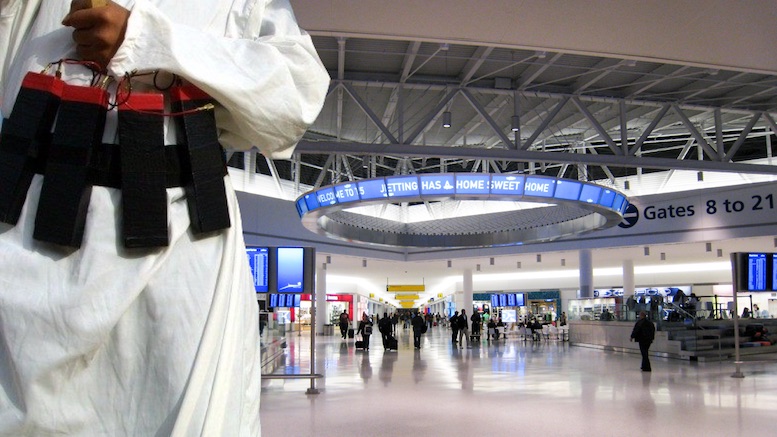 A Saudi National was bemused to see police and angry crowds when he arrived at JFK today en route to a suicide mission in New York City.

“They appeared to be detaining some people. Not sure why though?”

After clearing immigration and customs, the Islamic extremist said he overheard something about preventing terrorists from Iraq, Syria, Iran, Libya, Somalia, Sudan and Yemen – but that made little sense as nationals from those countries had not committed terror acts on US soil.

“Unlike my country – but I guess you like us anyway!”

During his brief time alive in the city, he plans to try out some of the restaurants in Tribeca and maybe catch a Broadway show. Then he will detonate himself somewhere crowded.

“Probably the airport I suppose.”