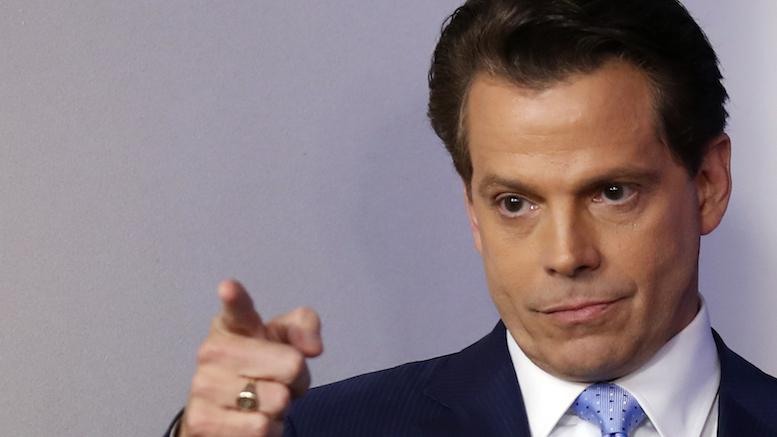 Newly appointed White House Communications Director Antony Scaramucci says he plans to hunt down all the leakers plaguing the Trump Administration, and that soon there will be no more damaging information getting out of the White House.

“I am already hot on the trail of someone who’s rumored to be recklessly posting all kinds of stupid shit on their personal twitter account.”

Though having only just arrived at 1600 Pennsylvania Avenue, the former hedge fund trader and 80’s action movie corporate villain lookalike says he has amassed plenty of evidence of what this person is getting up to.

“Some of the stuff this waste-of-space posts is just vain posturing, but other times it’s a threat to National Security. When I get my hands on him or her, this bozo will regret ever picking up a smartphone.”

Though he hasn’t identified the leaker or the twitter handle they are using yet, he’s put together a detailed profile that will help in exposing the traitor.

“I already know this jackass likes to post a lot, especially on Sundays, and has the language skills of a five year old.”