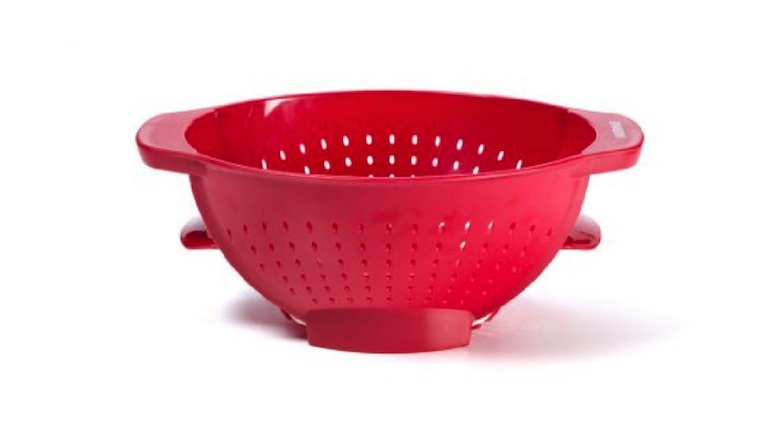 Plastic colanders like this are considered sacrilegious by orthodox Pastafarians.

The little-known religion of Pastafarianism became a little less little known this week when a Massachusetts woman won the right to have her drivers license photo taken whilst wearing a colander atop her head – an important tenet of the faith.

The extra attention has brought a simmering dispute within the Church to the fore, namely what types of colander constitute acceptable religious attire. Progressives argue that any recognizable colander is acceptable, be it made of metal, plastic, or even collapsible silicone. The orthodox wing has a simple response to any pasta straining device that isn’t a dual-handled wide-holed metal colander.

While there have been no physical clashes yet, some reddit threads reportedly ‘got quite nasty’, with older traditionalist Pastafarians proving to be especially vitriolic – though they were often taunted by liberal church members who would post selfies wearing their non-metallic brightly colored pasta strainers.

“Death to the plastic-colander-wearing heathens! They will not get to enjoy the afterlife.”

An ultra-liberal wing has even emerged, which openly welcomes extremists who think collapsable silicone colanders are okay. While many moderate Pastafarians despaired for the deepening splits in their congregation, some can find a bright side even as factions emerge that view each other with an uncompromising hatred.

“Our maturation into a real religion is complete.”