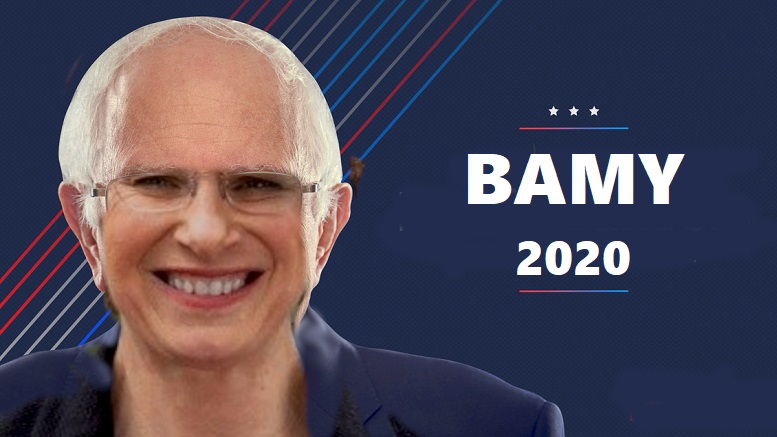 “Bamy, as they like to be called, is empathtic yet a realist, mindful of workers’ concerns but also a friend of business, and wants to break up the banks so they can be put back together as even bigger banks.”

They say this isn’t the first artifical candidate they have attempted.

“We already successfully created Amy Klobuchar from a sample of Hillary Clinton’s hair by editing out the least desirable genes, so splicing her with the senator from Vermont was the next obvious step to create the perfect non-binary Democratic nominee.”

Their only concern is that the Republicans could use the same technology to improve their candidate.

“Trump could always slice his DNA with a well-preserved sample of Jeffrey Dahmer’s bone marrow to make himself more palatable.”