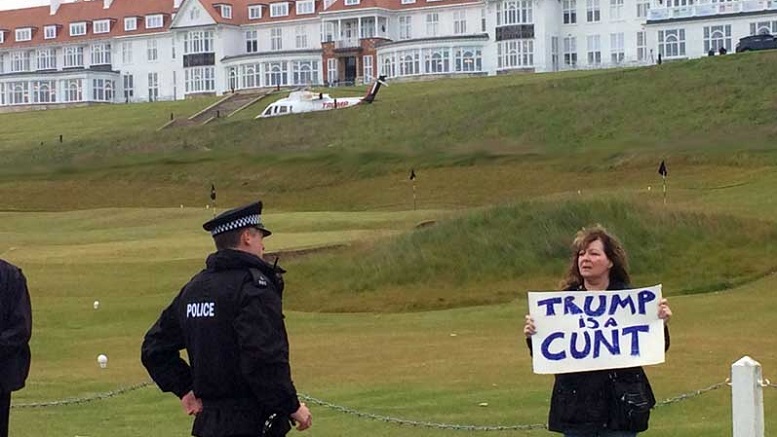 As he plays golf on his course in Scotland, the local populace turned out in force to express their intense dislike of President Donald Trump. They also want people to know that they loved indie darlings Arcade Fire and hated Trump long before it became cool and everyone stated doing it.

“Aye, you may like Aracde Fire now, but did you headbutt someone to get the only copy of the Funeral EP when it first came ooot?”

They say it’s easy to appreciate Arcade Fire after they won a Grammy for The Suburbs and to hate Donald Trump now that he’s destroying the world order and separating families, but they were fans and haters of AF and DJT, respectively, from the very start.

“Back then when you watched the Apprentice and only found Trump mildly obnoxious, we were already pissing on his image and calling him a cunt.”