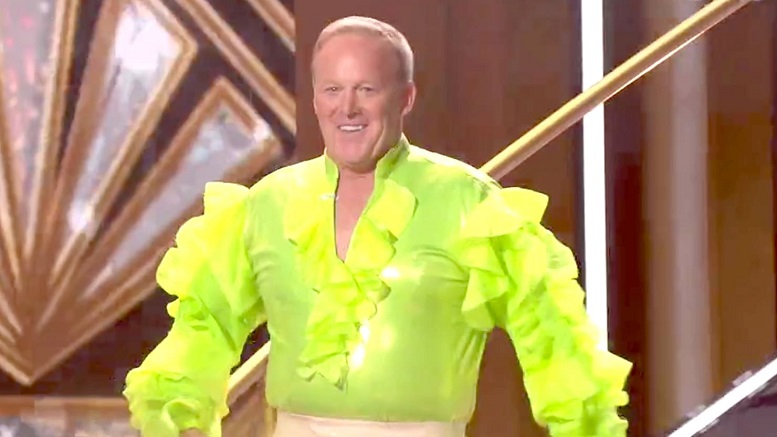 There appears to be confusion today over how well Sean Spicer did on his Dancing With the Stars debut, after he held a press conferance claiming he has been awarded the highest score for a dance routine in the entire history of the ABC show.

“The scores were so high they needed extra time to add them up.”

Spicer demissed reports that he scored poorly and that one of the judges said he looked like he was being attacked by a swarm of wasps.

“That’s just the faux dance media doing what they do.”

In support of his claims Spicer produced photographs of the judges table with plenty on nines and tens, but keen-eyed critics noticed something strange.

“They appear to have been written on with a sharpie.”