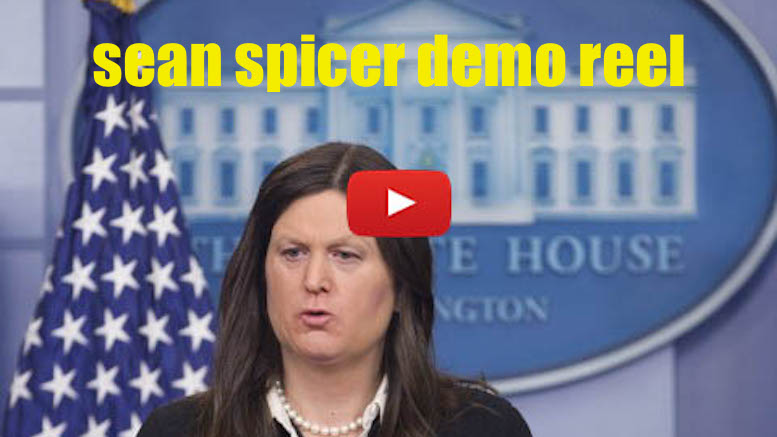 The question of what former Press Secretary Sean Spicer wants to do now that he has resigned his post appears to have an answer today, as news leaked of a demo reel he made arriving at the desk of SNL producer Lorne Michaels.

It includes a pitch for a sketch in which he comically portrays Sarah Huckabee Sanders, in keeping with the SNL style of playing against gender when portraying members of the Trump administration.

Spicer also claims to be able to play a number of other high profile female characters.

“Give me a blonde wig and a pair of reading glasses and I’m the spitting image of Betsy DeVos. It’s really funny too because I play her as a dummy despite her being the Secretary for Education!”

He is also touting himself as the perfect person to revive the ‘angry’ characters Chris Farley was famous for.

“Obviously no-one can replace the manic genius of Chris, but I think I do angry pretty good. Just check out any White House Press briefing from the past six months.”

The former Press Secretary also says he could help in the writing department.

“I have some great sketch ideas that make fun of that little bitch Anthony Scaramucci. They lean more towards violent revenge fantasy that straight comedy but I still think people would enjoy them.”

Lorne Michaels has yet to respond.