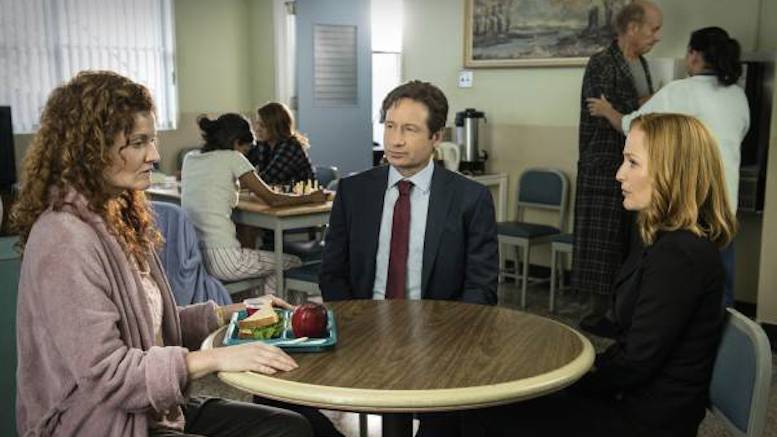 Millennials tuned in to the second helping of the X-Files reboot, ‘Founder’s Mutation’, Monday evening hoping to make more fun of the goofy Sci-Fi series their parents have talked about ever since they were born. Instead, psychiatrists are being deluged with impressionable teenagers and twenty-somethings reporting terrifying flashbacks of the episode they can’t seem to forget.

“Unfortunately, the youth of today have been reared on bland corporate entertainment with its simplistic if graphic depictions of violence and horror. They are just not equipped to deal with what was on display on Fox last night. To be honest, when it got to the part with the little girl breathing at the bottom of the pool, neither was I.”

The first episode, with its hokey introduction, was welcome but did not come close to blowing anyone away. It was only later understood that this was all part of a ploy to make the second episode even more of a shocker.

“Please don’t refer to it as a sucker punch, because that just reminds me of the woman cutting open her swollen belly after crawling out of her overturned vehicle.”

Even hardcore X-Files enthusiasts who took exceptionally creepy episodes like ‘Home’ in their stride back in the 1990s found this latest offering alternatively exhilarating and gut-wrenching.

“I enjoyed the nerdy sexual tension still present between Mulder and Scully and the POV sequence when he heard voices. But then came the locked-up deformed children. The Horror. The Horror.”

Medical professionals warn that anyone born after 1985 may not possess the mental machinery to deal with the rest of the series if it continues like this. They are also urged to avoid the new Twin Peaks series, as well as most of the artistic output of the 1970s.