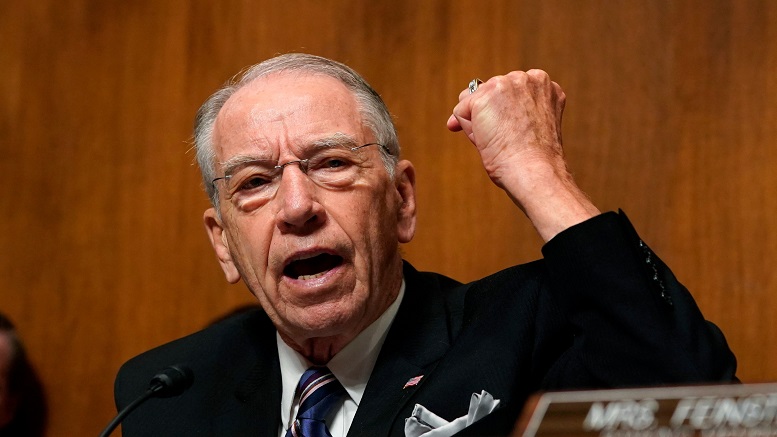 Saying it has been a deep concern of his ever since the State of the Union address, Senator Chuck Grassley of Iowa went public today with a call to protect a vulnerable minority who could be at death’s door.

“I’m talking about the husbands of these here female politicians that are sprouting up everywhere like corn stalks. Who is cooking dinner for their poor menfolk?”

The Senator is not without support for the bill, including Representative Mark Meadows in the House.

“It’s not like they have slaves to do it for them anymore. Though I’d be open to bringing that to the floor if you think it could pass.”

Grassley is also reported to be gravely concerned about the boyfriend of AOC.

“She should be at home proving her abilities in the kitchen to this young man who is courting her. Otherwise what’s to stop him from moving on thereby condemning her to spinsterhood?”