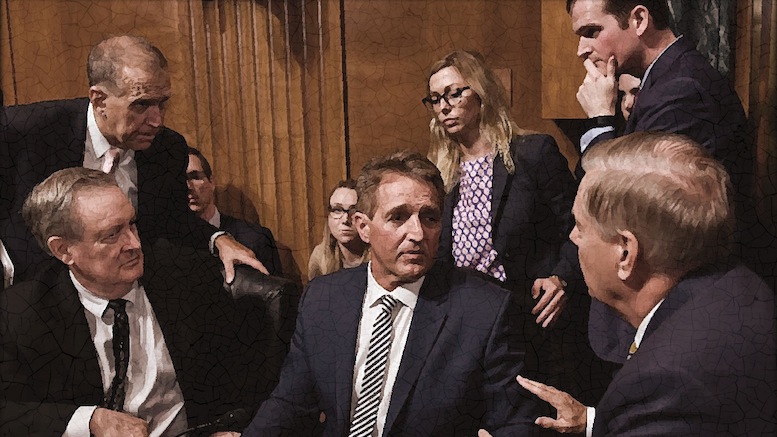 Senator Jeff Flake is being hailed as something of a hero for forcing an FBI investigation of Judge Brett Kavanaugh to take place.

But, in yet another twist, Senators Grassley, Hatch, and Graham expressed ignorance of any deal to allow for an investigation by the Federal Bureau of Investigation.

“We made no such commitment.”

On further examination the aging senators did confirm they conceded that a FBI investigation of Judge Kavanaugh was appropriate.

“Senator Blake said he wanted an FBI investigation and that is what he is getting, an food borne illnesses investigation.”

They said they would even allow their Democratic opponents to pick the physician who will carry out the investigation.

“As his testimony revealed, Judge Kavanaugh has a very weak stomach that led to his membership of the Beach Week Ralph Club, so this investigation makes a lot of sense.”

The senators said that the Supreme Court is not a place for someone with an undiagnosed digestive complaint, as it requires many people to sit in close quarters for extended periods.

“That’s not somewhere you want someone boofing uncontrollably.”

They also allowed that there may have been a misunderstanding during the deal-making process, and that they are willing to be flexible.

“An investigation by Faith Based Initiatives is also on the table.”