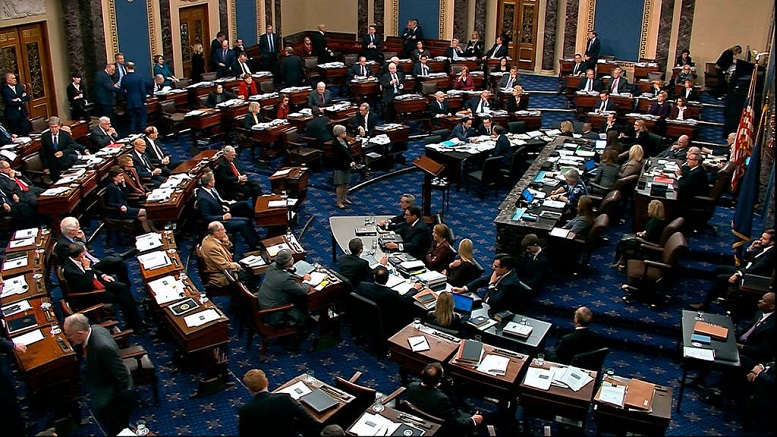 The Senate Trial of President Trump yielded not just one but two new World records this week according to Guinness World Records. The organization said the new records won’t be formally announced until Justice Roberts sends written confirmation, but they could informally reveal that the previous records for longest use of a fidget spinner and the longest snooze at a desk had been well and truly beaten.

“The dedication of these athletes in Washington DC is amazing.”

In accordance with Guinness World Record rules, the longest fidget spin attempt involved swapping out fidget spinners as each one became worn out. The new record for longest snooze at a desk is unknown at this time as the Senator in question is still fast asleep, depite having smashed the previous record hours ago.

“Their secret has to be the way they seem able to totally isolate themselves from their surroundings.”

Not only will there be new records for longest fidget spin and snooze at a desk, but also for second, third, fouth and fifth longest as there were multiple Senators involved in each attempt.

“We’ve never seen so much record-breaking talent assembled in one place like this before. Mind. Blown.”